Ciaran Lavery played The Empire, Belfast on the day of the release of his new album “Sweet Decay”. Support from Dublin singer-songwriter Ailbhe Reddy . 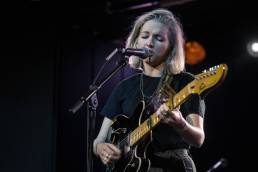 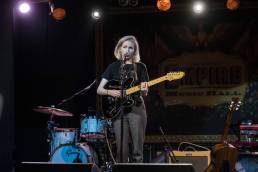 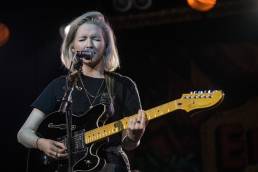 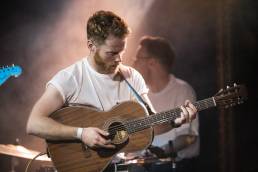 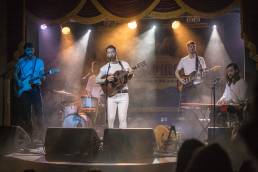 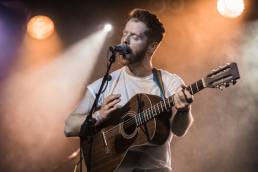 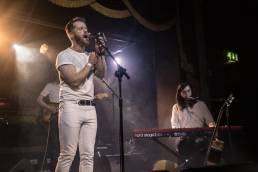 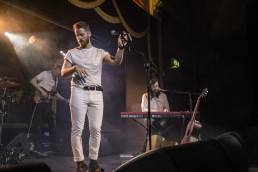 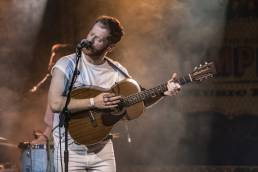 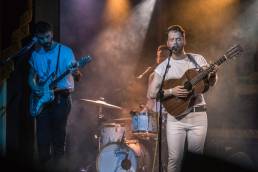 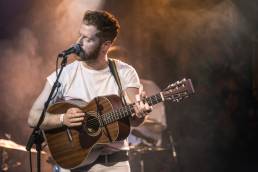 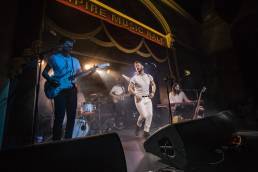 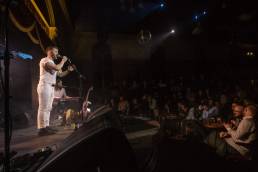 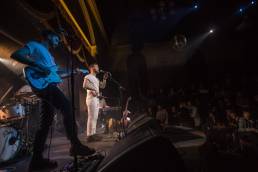 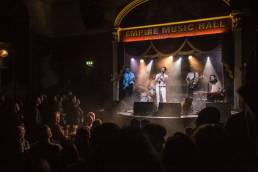 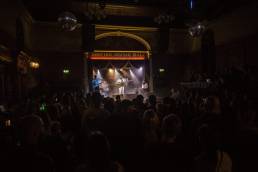 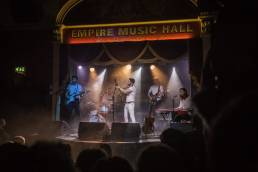 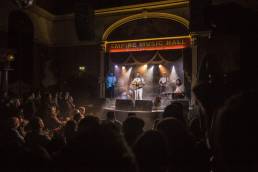 Ciaran Lavery is one of those artists that creates a huge excitement and anticipation whenever there is a new music release or show announced.  He is Northern Ireland’s version of Bruce Springsteen with the lyrical excellence of artists like Leonard Cohen or Bob Dylan.  On Friday night, he played the iconic Empire Hall; the same day his new album Sweet Decay was released.  As was to be expected, the entire night was nothing short of perfection.

As you walked up to the Empire you could see from a distance the huge queue outside as fans were eagerly waiting to enter. It instantly gave you an idea as to how much people were eager to see this show.  Preceding Ciaran was Dublin folk singer, Ailbhe Reddy.  She was a solid support as she was able to have banter with the crowd yet when she sang the dynamic completely changed.  Her voice was reminiscent of the late Dolores O’Riordan and could hold the venue beautifully with just her vocals and guitar.  She sang a range of her tracks including “Selfish”, and “Coffee”.  Ailbhe set a wonderful tone for the main act and performed a flawless set.

Following Ailbhe’s performance the room filled with ominous and dark music as opposed to the standard music we normally hear in between acts.  The music was an intrinsic part of Ciaran Lavery’s entrance.  The lights came down and a voiceover quoting what I believe to be Charles Bukowski’s Bluebird began to play. The atmosphere was tense mixed with excitement as the band entered the stage followed by the main act of the night, Ciaran Lavery.

He went straight into his first track “Beast at My Door” which beautifully complimented the previous voiceover.  He opted for no backing at the beginning of this track and instead focused purely on his vocals.  As the song built up the music accompaniment kicked in and really created a dramatic and captivating tone.

Throughout the evening, Ciaran was consistently building a rapport with the crowd.  There were several instances where he would make jokes about his white attire or the context to some of his songs. One that particularly stuck out was the context of “Wicked Teeth” which he explained is about hating the dentist and having an addiction to sugary food.  The juxtaposition of the context and the way in which he delivered the track was astounding.  The band left the stage and Ciaran took to the keyboard.  The song was incredibly heartfelt and emotional; then in the middle he stopped and simply said “this song is about dentists”.  The humour was very well received throughout the gig and really helped to lighten the mood.

The setlist of the night was very diverse and included several older tracks, such as “Left for America” and “Okkervill River”. Then, naturally, the new album Sweet Decay featured very heavily throughout the set.  He decided to finish his set with two songs from the album “Morning Bell” and then “Wells Tower Song”.  He preceded the latter with the introduction of “We’re going to finish things the way we started, really depressingly.” The raw emotion that was conveyed during this final song was enough to stun any audience into silence.  He perfectly demonstrated that his new music is both fresh yet systematically the ‘Ciaran Lavery style’ that we have all come to love.

After Ciaran and the band’s departure they decided to come back on stage to finish the show with none other than “Return to Form”.  However, they opted to come to the very front of the stage to sing an unplugged version.  The crowd was completely silent (excluding the odd ‘shhh’) as Ciaran played his guitar and sang the beautiful track.  By coming back to do the one song, he not only left the crowd feeling completely satisfied with the evening, but he demonstrated that he does not need a band behind him, fancy lights or even a microphone.  He can focus on his vocals and lyrics and to get the message of his songs across.

The night ended on an incredibly high and I can confidently say that this could be one of the best gigs of 2018 so far.  Ciaran has a way of making every performance, whether it be The Mac or The Empire, and make it incredibly personal for his fans.