CHVRCHES live at The Ulster Hall, Belfast on Tuesday 19th of February. 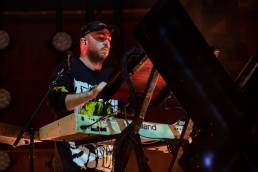 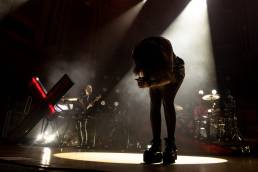 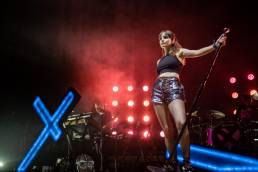 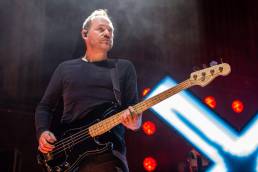 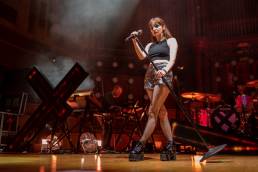 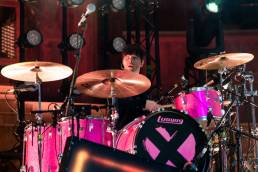 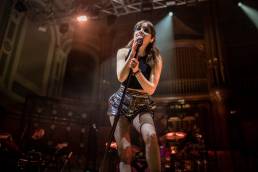 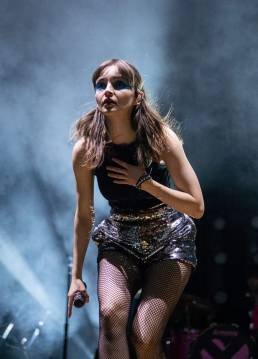 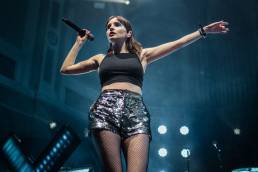 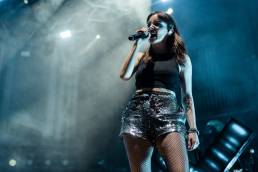 Two years after their formation, Chvrches in March 2013 released Recover EP, which included hits “The Mother We Share” and “Recover”. Their debut studio album, The Bones of What You Believe, was released on 20 September 2013, while the band was ranked fifth on the Sound of 2013 list by the BBC. Two years later, on 25 September 2015, the group released their second album, Every Open Eye. Their third album, Love Is Dead, was released on 25 May 2018.

Known for their clean sound, Chvrches’ music style is usually tagged as electronic or synthpop.[34] Neon Gold described their sound as “a godless hurricane of kinetic pop energy”. Kitty Empire of The Observer wrote they “make accessible electro-pop that’s only just short of truly brilliant”. Wired noted following Every Open Eye‘s release that the album “cements the group as today’s heir apparent to Depeche Mode, New Order, and other titans of British electronic music.”