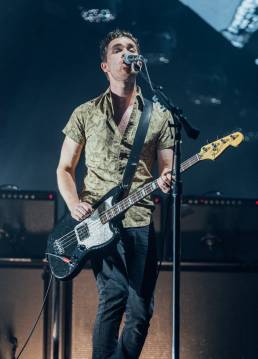 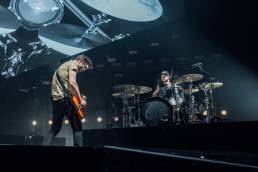 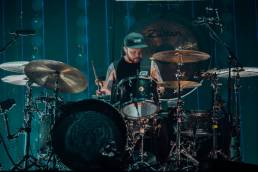 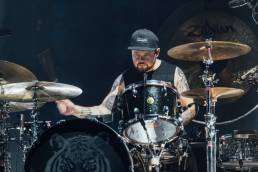 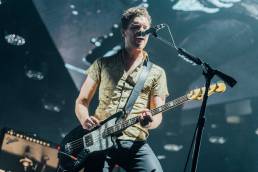 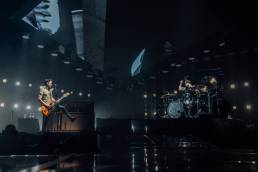 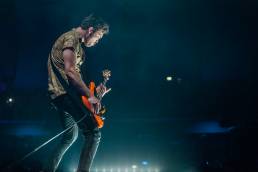 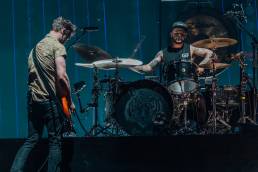 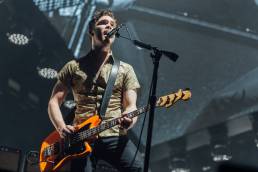 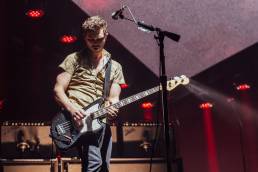 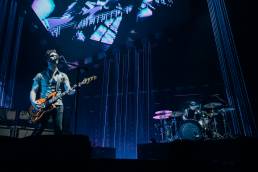 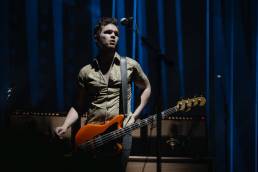 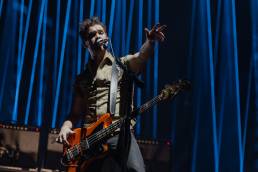 Royal Blood are an English rock duo formed in Brighton in 2011, consisting of Mike Kerr (vocals, bass guitar) and Ben Thatcher (drums). Their sound is anchored in Kerr’s unique bass playing technique, in which he uses various effects pedals to make his bass guitar sound like a standard electric guitar.[5] Their self-titled debut album was released in August 2014. Their second album How Did We Get So Dark? followed in June 2017.

Royal Blood formed in March 2011, after Kerr met original drummer Matt Swan in Brighton. They relocated to Australia, where Swan was originally from, and recorded an EP in Brisbane. The first single, “Leaving” (later re-recorded and renamed “Come On Over“), was premiered on triple j in 2012. The band played around the Brisbane and Gold Coast area, before Kerr ultimately elected to return to the UK. When Kerr returned to England, Thatcher picked him up from the airport and the two decided to form a band.] Initially, the new version of Royal Blood “couldn’t get a gig in Worthing for months.” According to Kerr: “we ended up just playing a lot of open-mic nights with acoustic singer-songwriters.” The band developed their music in the studios of Brighton Electric, and it was during these months that they were signed by Warner/Chappell Music. The band joined the same management company as the band Arctic Monkeys.[6] During the summer of 2013, Arctic Monkeys drummer Matt Helders was seen wearing a shirt supporting Royal Blood (before the release of their first single) during the Arctic Monkeys Glastonbury Festival concert in July 2013.