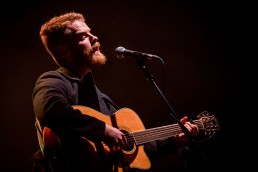 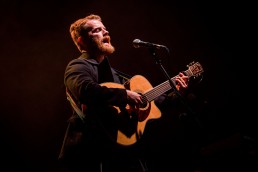 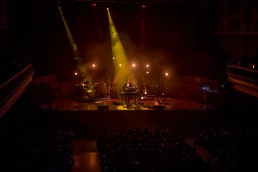 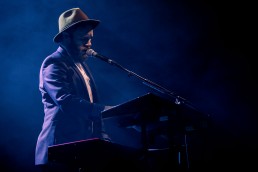 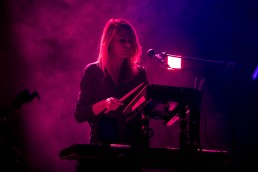 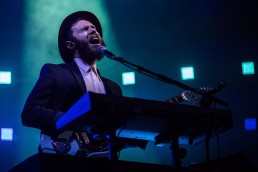 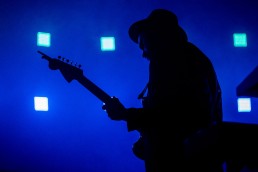 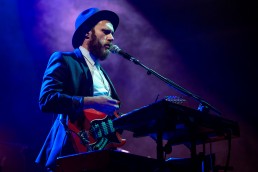 James Vincent McMorrow (born 14 January 1983) is an Irish singer and songwriter. He is best known for his albums Early in the Morning and Post Tropical.

McMorrow’s debut album, Early in the Morning, was released in Ireland in February 2010, and in the United States and Europe in 2011, to widespread acclaim.[1] He made his UK television debut on BBC Two‘s Later… with Jools Holland on 27 May 2011.[2] He played with Lisa Hannigan on 8 December 2011 at Dublin’s Button Factory for the Choice Music Prize event.[3]

In 2014, he released his second album, Post Tropical, which included the song “Glacier”. The song was used in the 2014 Spanish Christmas Lottery advertising campaign.[4] The album was recorded in 2013 in the small desert town of Tornillo, 55 miles south of El Paso in Texas.[5] The studio is located on a pecan farm, and McMorrow found the location “the most surreal place to work”, and one that helped add to the tone of the album and inspire his creativity. He said “I think it’s kind of engrained in the record, more than any pinpointed thing. I can hear the hot bedded air in this part. You can hear the birds in the pianos.”[6]

In 2015, he composed a film score for the short, “Martha”, directed by Sam Benenati. The film was part of the series Campaign4Change “Mix-Up Tradition” launched by Ray Ban with the idea of sponsoring emerging directors and composers collaborate as a creative team.

In 2016, his cover of the Chris Isaak song “Wicked Game” was used in the first official full-length trailer for the sixth season of the HBO hit series Game of Thrones. In April 2016, he was featured on the promotional single “I’m in Love” from Kygo‘s debut album, Cloud Nine.