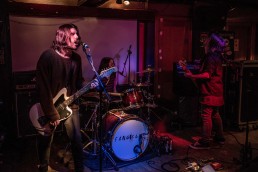 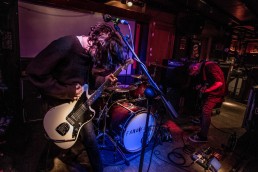 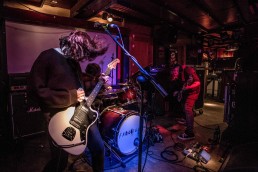 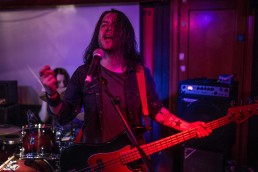 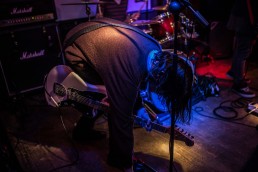 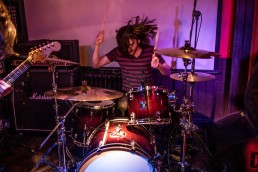 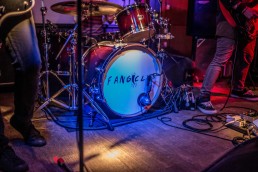 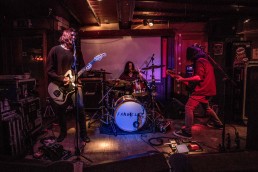 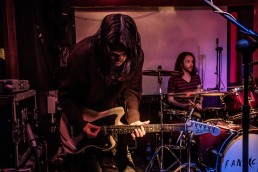 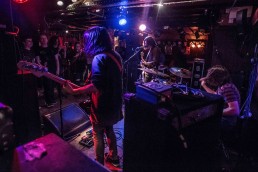 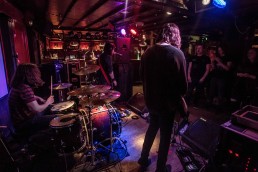 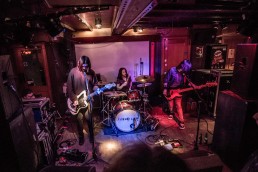 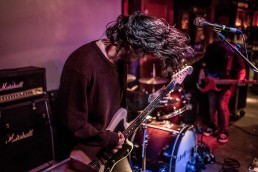 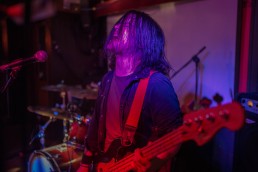 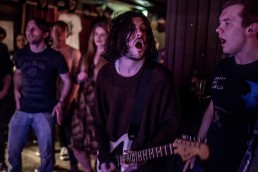 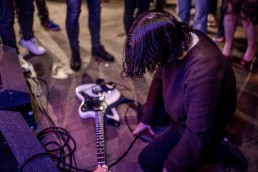 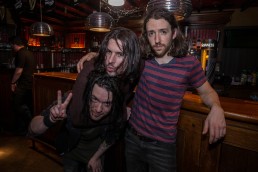 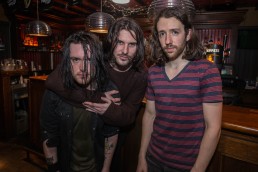 Fangclub are a Dublin Alternative Rock band with members Steven King (guitar/vocals), Kevin Keane (bass) and Dara Coleman (drums). In keeping with the punk/grunge style of their music, Fangclub took a D.I.Y. approach to their burgeoning career by packing themselves off to the coastal village of Ballyheigue in Kerry to record over 25 tracks. While on one of their first DIY tours, with the band still sleeping in their van, they came to the attention of Universal Music’s Irish team. Suitably impressed that Fangclub had already recorded two EPs and their debut album, Universal signed the band in March 2015. Largely comprising songs from their original D.I.Y. efforts, their second EP, Coma Happy, appeared in 2016.

They then took to the road, headlining a sold out show at Whelan’s, Dublin and concluding the festival season with two sets at Electric Picnic. Fangclub made their U.K. live debut in 2016 with Welsh group Pretty Vicious, and also toured with Twin Atlantic. Their debut long-player was released in 2017 to glowing reviews with the band themselves calling it “A love letter to our favourite bands”. The self-titled album was chock-full of raw yet melodic tracks that took their cue from the loud/quiet aesthetic of grunge anticipators Pixies.

The debut album charted in Ireland at no.5 and received a nomination for Choice Prize Album Of The Year.

On the live circuit, Fangclub have also supported bands such as Pixies, Muse, Biffy Clyro, Twin Atlantic, Nothing But Thieves, The Cribs, Swmrs, Frank Carter and The Rattlesnakes, and Metallica while also cutting their own teeth on a string of relentless headline tours & festivals.

Steven King has been quoted to have said “new music has already been completed and on the horizon”.

Fangclub continue their DIY aesthetic, now on a bigger platform and show no signs of slowing down.

NME have recently stated that “Fangclub are a fully formed thrash pop monster; melodic, frenzied and phenomenal. Imagine a beefed-up Tribes, or Cloverfield glam. If Fontaines are piloting the new Irish punk blitz, Fangclub are the Big Boys in the bomb bay.”[2]

The band released their second album Vulture Culture on 5 July 2019.[3]

Vulture Culture received positive reviews for being a progression of the group’s sound as both musicians and songwriters. In an interview with Joe.ie, singer Steven King revealed that his addiction and mental health issues inspired some of the album’s tracks. He also said that he was “ashamed” of flirting with “the most harrowing of rock star clichés”, the overdose.