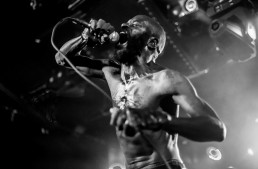 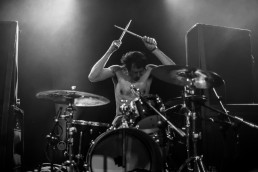 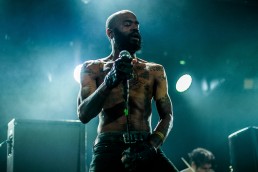 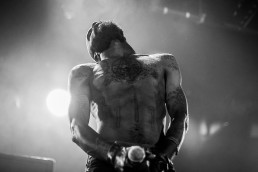 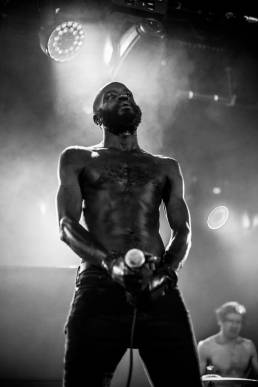 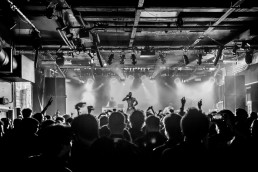 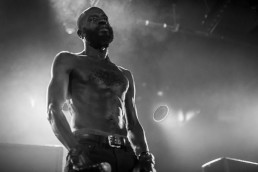 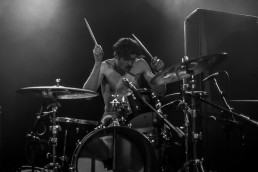 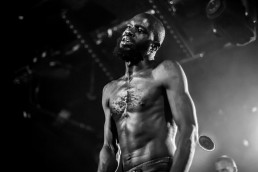 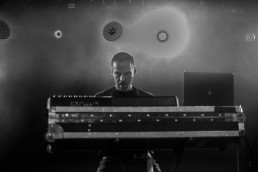 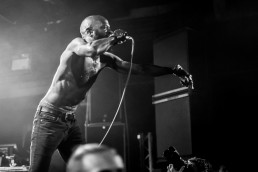 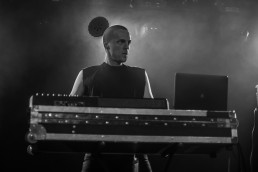 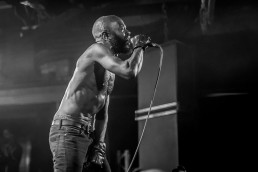 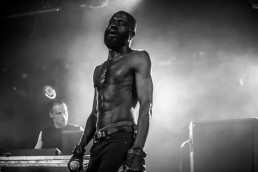 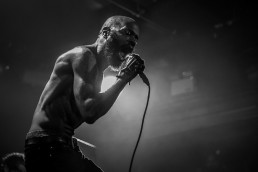 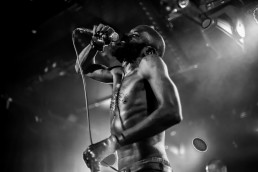 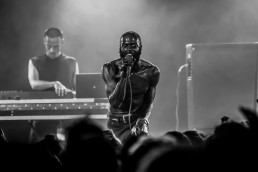 Death Grips is an American experimental hip hop band from Sacramento, California, formed in 2010. The group consists of vocalist MC Ride, drummer/producer Zach Hill, and keyboardist/producer/recording engineer Andy Morin.[1][2] Despite not being the band’s frontman, Hill has been credited with being the driving creative force behind the project.[3] Their sound, paired with Ride’s aggressive performing style, draws on punk rock, electronic, noise, and industrial styles.

Death Grips released the mixtape Exmilitary in April 2011 and their debut studio album, The Money Store, almost exactly one year later, both to critical acclaim.[4] Shortly after signing to Epic Records in 2012, the group leaked their second album, No Love Deep Web, for free download in breach of their contract and were eventually dropped from the label. They released their third album, Government Plates, in 2013. Following several broken performance commitments, the group announced their “disbanding” in July 2014 along with the release of their fourth album The Powers That B.[5][6] However, in March 2015 the group revealed that they “might make some more” music[7] and later announced a world tour.[8] Later that year, they announced their fifth official studio album, Bottomless Pit, which was released in May 2016.[9] Their sixth studio album, Year of the Snitch, was released in June 2018. Their fourth EP, Gmail and the Restraining Orders, was released in June 2019 in celebration of Warp Records’ 30th anniversary.